We are a Rock duo from Lyon, FR
Our music comes from various places, from Pop to Metal, from classical to electronic.
Constantly in motion, always evolving.
Come dive with us 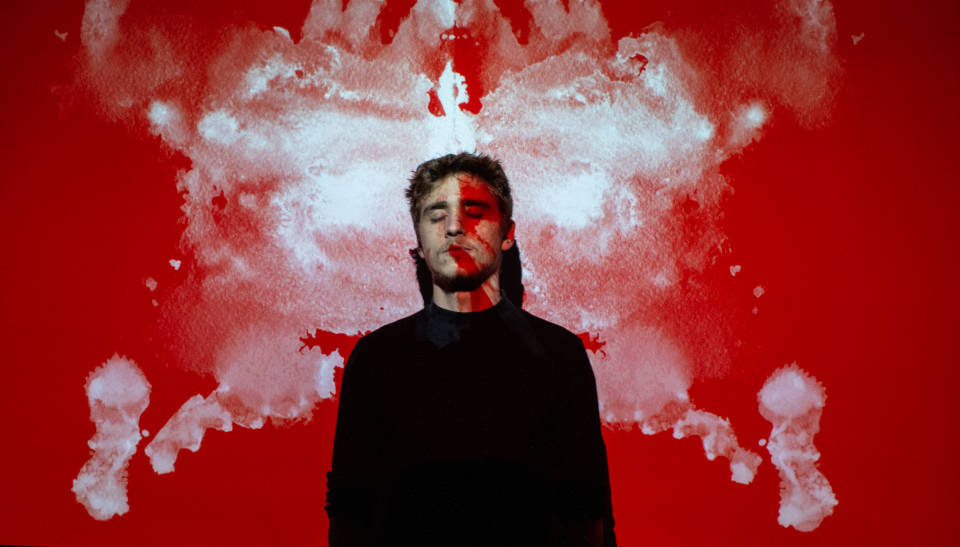 Having played in a cover band together, Clément and Mathieu decided to start their own band, with their own music. For months, they auditioned many drummers, without success. At the same time, they started writing their first songs together, mixing each other’s influences, swinging from metal to pop-music, through classical pieces. Finally, they met Lucas, who stuck with the guys, interested in what the band could do musically.

“At that time, I was looking for a band to play gigs, my own band was slowing down, and wasn’t touring as much as I wanted to. We didn’t know each other very well, as we only met through social media, so we decided to take time to jam a bit, each proposing a song to cover, testing the alchemy. We realized that we easily played together, so we started writing our own stuff, and that led to our first EP. My former band was more instinctive, each one bringing their ideas, we didn’t have any leader, without implying that there’s one now, we wouldn’t take time to work deeply on our songs, to re-arrange, to focus on an artistic direction. But this is how KNTC works: we take our time, we try a lot of things, coming from one simple idea, we don’t stick to the first draft, usually, it’s only a flick, pushing us in the right direction. That’s what I thought was interesting.” 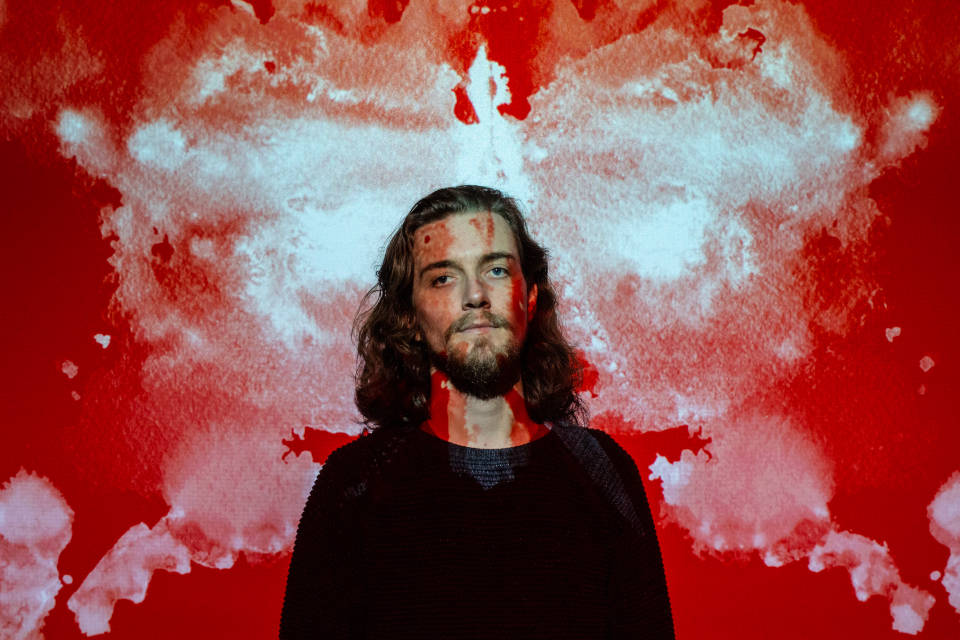 For almost a year, they spent their free time recording three songs, radically different from one another, but still, the band’s identity started to emerge, self-produced by the band, mixed and mastered by Lucas, everything was recorded in kitchens, living-rooms. “Skyline” was a slow rising indie pop song, constructed over a guitar arpeggio, supported by a jungle-style drumbeat and a straight bass line, finishing on an explosion of sounds after a heavy solo. “Bad Seeds” had a Willie Nelson-Radiohead vibe, with a crunchy guitar sound. Finally, “Tied Up”, led by a scorching guitar riff reflecting the heavier metal inspirations of the band. Rather than dealing with concrete matters, the EP talks about feelings, situations, depicted with abstract lyrics. “I was way too shy to talk about myself in an open way, '' says Clément, “I had a lot of things to say, but I didn’t want people to understand how I was hiding in the lyrics. So I chose to use pictures, like paintings, to express my fears, my anger, and to make them more universal, everyone could recognize themselves in the lyrics, so I wouldn’t be trapped in them alone.”

This first effort brought lights on them, as they played their first gig for a Talent Show, which they won. The public and the jury were spellbound by the harmonies, the work put on the songwriting, but at the same time, the energy unleashed by the band hit like a hammer. Being accompanied and advised by the Jack Jack, a notorious actor of the local emerging scene, pushing them further, they grew up even faster, which led them to write new songs. 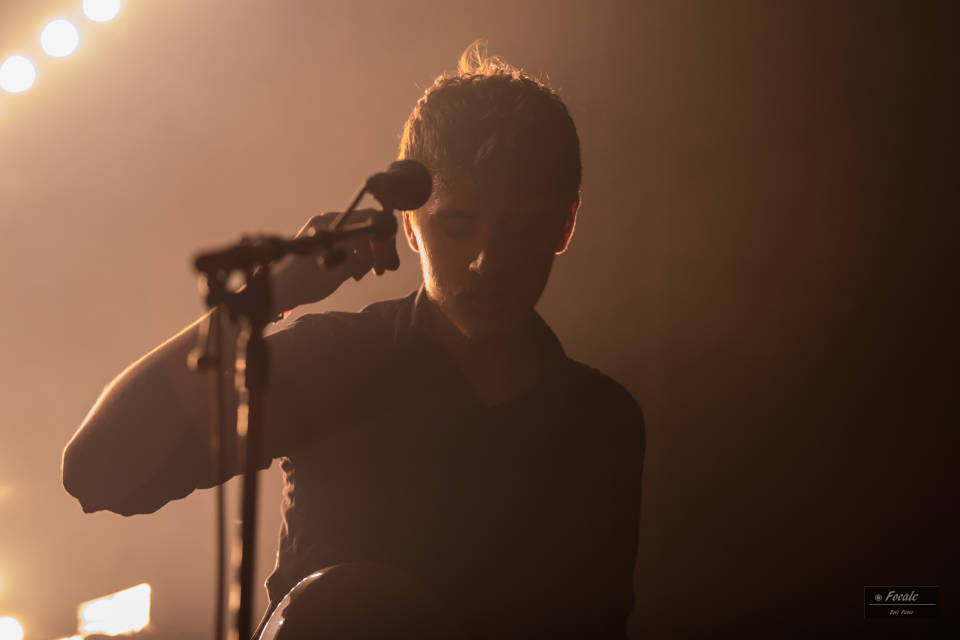 Bolstered by touring, and writing advices, the band started to work on their new EP quickly. Once again produced by the band, they chose to record the drums at the AC Studio, and Lucas mixed and mastered the whole piece. The EP focused on the concept of transhumanism, a belief according to which the human being could be upgraded thanks to scientific, medical and technical progress. Their sound sounded more aggressive on tracks like “Poltergeist”, or “Golden Cracks”, but they kept a progressive, classical oriented touch on “Aphrodite’s Trap”, a Jeff Buckley influenced song, or “Digital Glow”, closing song of the EP, and of their shows. They started to gain real media recognition thanks to “Body And Soul”, being praised for their “songwriting echoing with the emotions of the singer’s voice” by MusicNGre. Playing more and more shows, a fanbase started to come up, dazzled by the way the band “judiciously mixed an explosive rhythmic session with melodic harmonies” , reports RockMetalMag.

“It was a weird feeling, our music was appreciated and enjoyed. I felt like a kid. Being on stage was so thrilling: jumping, screaming with the audience must be the best feeling in the world. There’s something weird about realizing that some years ago I was playing guitar in my room as a teenager, and now I’m facing complete crowds cheering us. Knowing that our songs reach out to people means a lot to me, it may sound cheesy, but that’s true. On stage, I do realize why I play music.”

They spent the whole year touring, playing for bigger venues, and being acknowledged as true musicians. At the end of the year however, Mathieu decided to leave the band, focusing on his growing family. 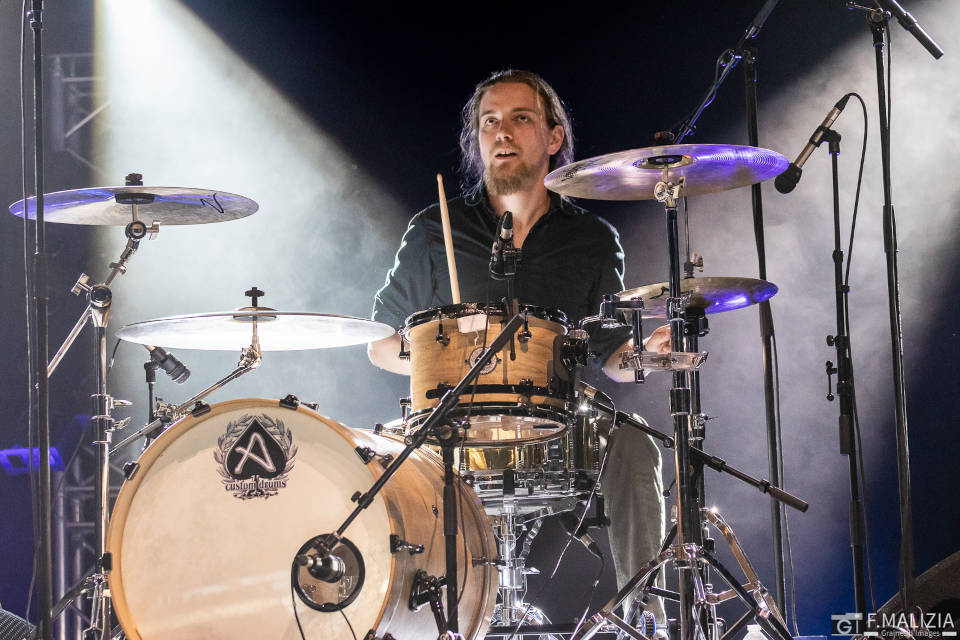 Clément and Lucas continued as a two-piece band. The best way to use this change was to create something new, something bigger. This is how “The Great Escape”, their debut album came to life. Recorded at Les Studios de l’Hacienda, mixed and mastered by Chris Coulter from Decimal Studios (Arcane Roots, Arctic Lake). Written and recorded in half a year, it was a real challenge for the band, humanly and musically.

“I’ve done something I've never done before: writing, talking about myself” states Clément. “For many years, I’ve experienced self-hatred, depression, and always thought that it wasn’t a real matter. But in the same year I lost my job, had money issues, Covid appeared, it was just too much, and I realized that I had to let the heat out before exploding in a very, very bad way. Writing about this had a real therapeutic effect. It was hard, maybe one of the hardest I’ve ever done, but I would do it again. Now I just want people to listen to this album and to think “Ok, I’m not the only one, there may be a way out, or a hand to reach”, that’s the purpose of it.”

“Technically, it was a challenge”, adds Lucas. “Recording an album is complex, we had to record tons of instruments while being only two, except for the strings, as we had musicians. But you also have to master a lot of tools. Artistically also, twelve songs is a huge writing work, with a lot of re-arrangements, back-and-forths, testing, frustrations, you throw away a lot of stuff, re-do the same thing fifteen times. Finally humanly, we talked a lot with Clément. I had to understand what he meant with the lyrics, to find ways to frame his thoughts. There were a lot of dialogues, compromises, and exchanges. And not only within the band, we had to find the right people to work with: studios, musicians… It was a long process.”

Driven by a more electronic, pop-rock sound, KNTC’s first album is ready to shake the walls of every stage possible. Due to the Covid pandemic, the band is breaking through to present their new music, working on a possible tour.